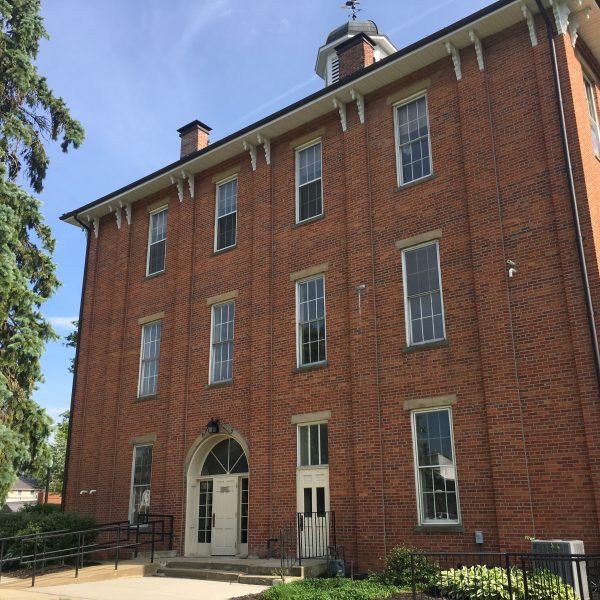 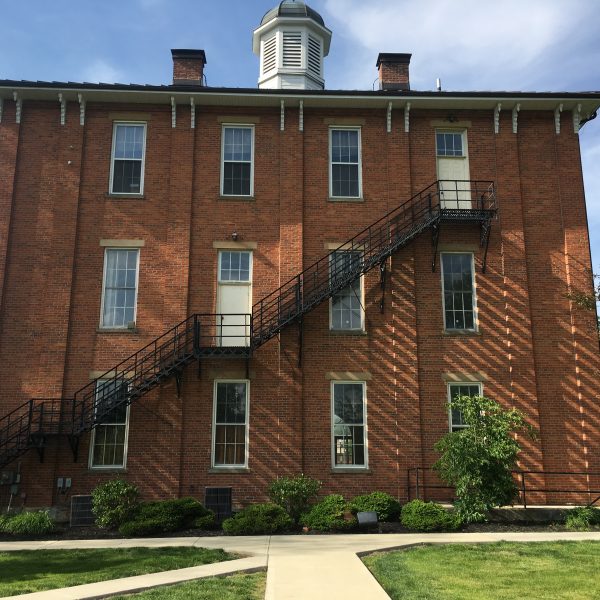 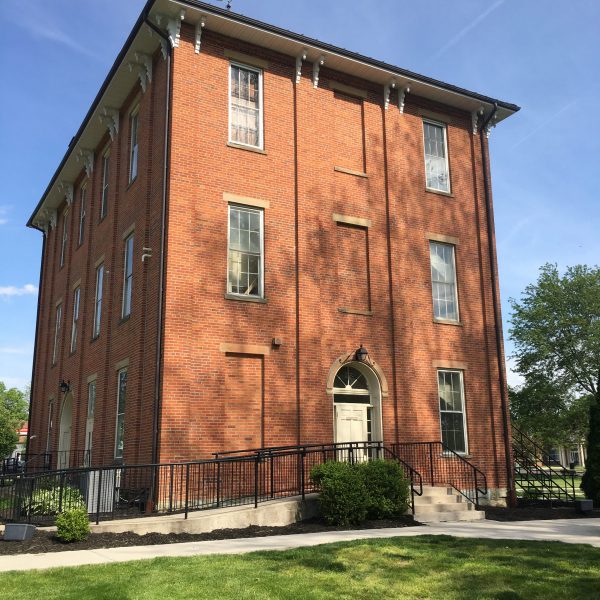 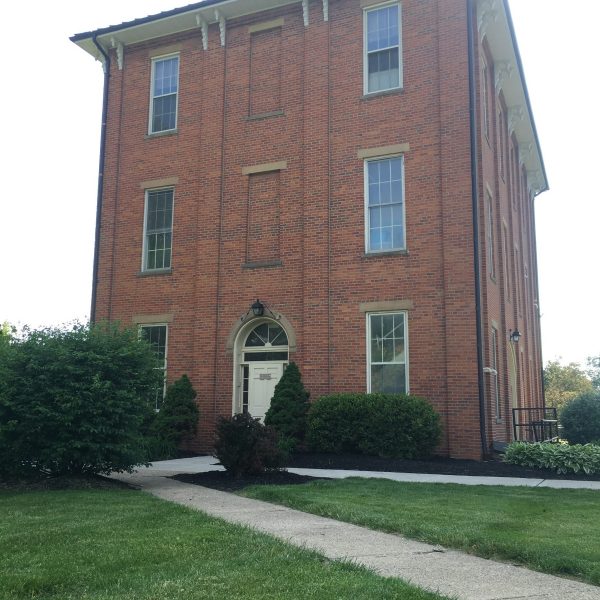 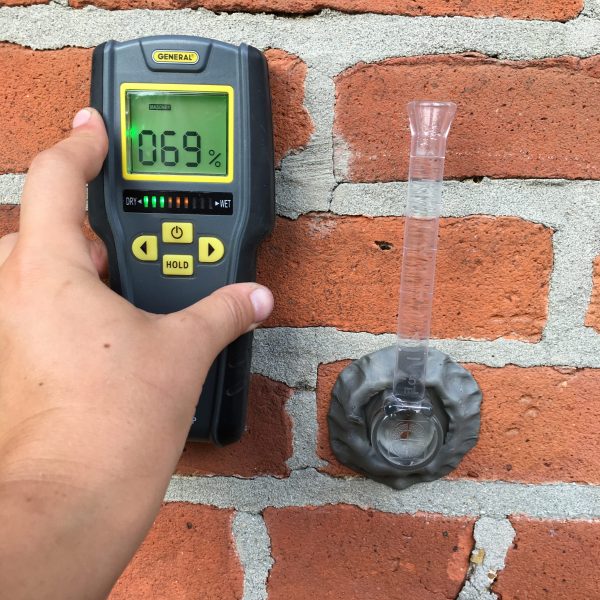 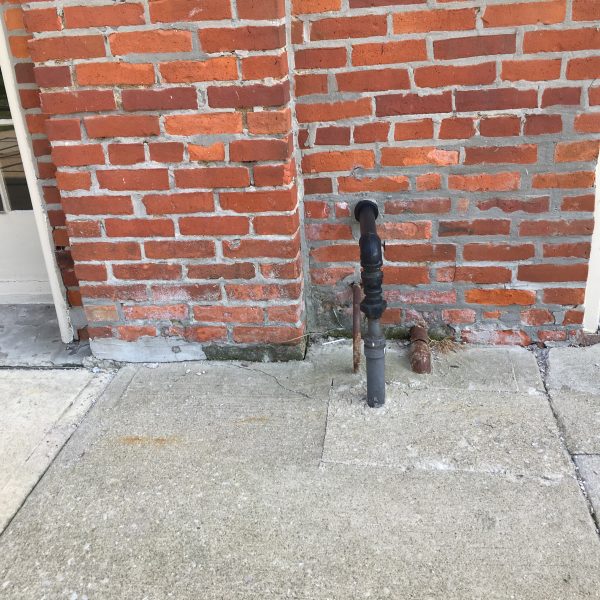 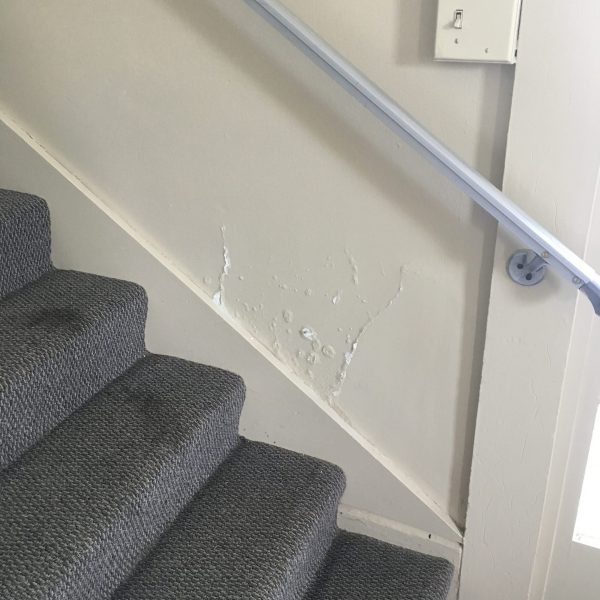 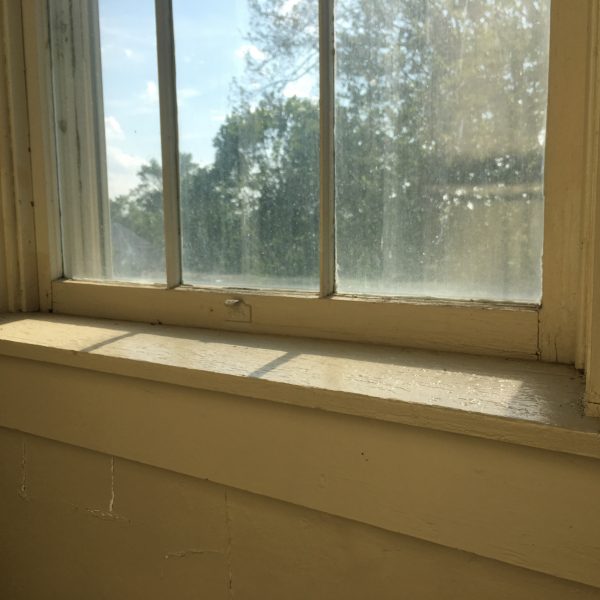 Some of the water issues documented were not due to rising damp, but rather specific locations in need of maintenance, such as window sills 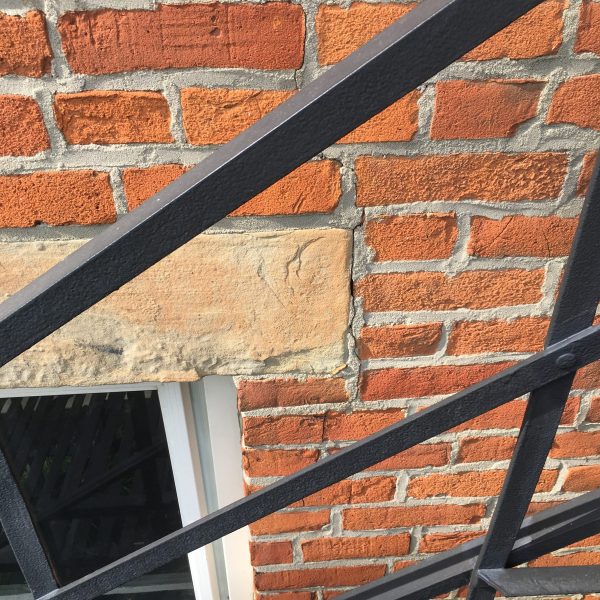 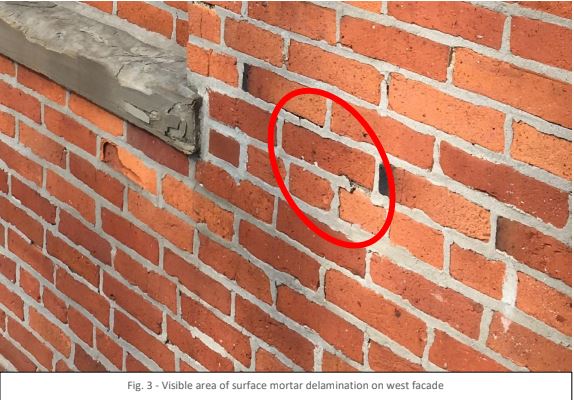 Documentation in final report highlighting mortar issues in the facade 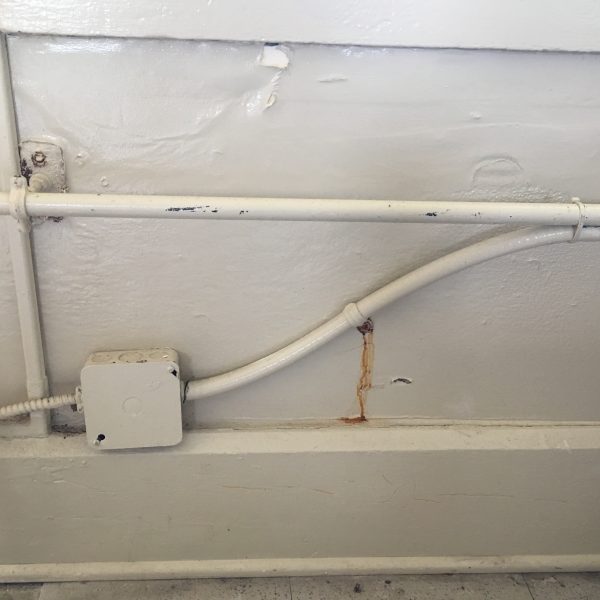 Plaster bloom was found throughout the building at ground level

Built in 1868 in the town square of Sunbury, Ohio, the now Town Hall was originally built as a school. Though it only held classrooms for three years, the building has been in continuous use within the community since it was constructed. Modifications were made to the building over the years to suit the various uses over time which have had some impact on its form and health today. Specifically, remodeling efforts done in celebration of the village’s 150th anniversary. When recurring water damage issues and another impending village anniversary spurred the village to consider restoration efforts in 2017, Blind Eye Restoration was brought in to do a building investigation and treatment recommendation plan, which included research into the history of the building’s modifications, documentation of existing conditions, moisture level testing, and mortar analysis.

Lindsay has a background that makes her a great asset for many different types of preservation and restoration projects: academic, professional, and hands-on experiences that translates into a great working relationship and well-executed projects, from preliminary planning to implementation of specialized treatments.

Lindsay has the preservationist's passion and contractor knowledge to help bring old historic structures back to a useful purpose.

Every time I recommend Blind Eye Restoration I express the breadth of understanding Lindsay brings to her preservation/conservation work. Lindsay understands building materials and best methods to ensure the work she performs is a long term repair.

Blind Eye is flexible, efficient, and caring with regard to the objects conserved. Practical, hands-on conservation methods with good attention to detail.